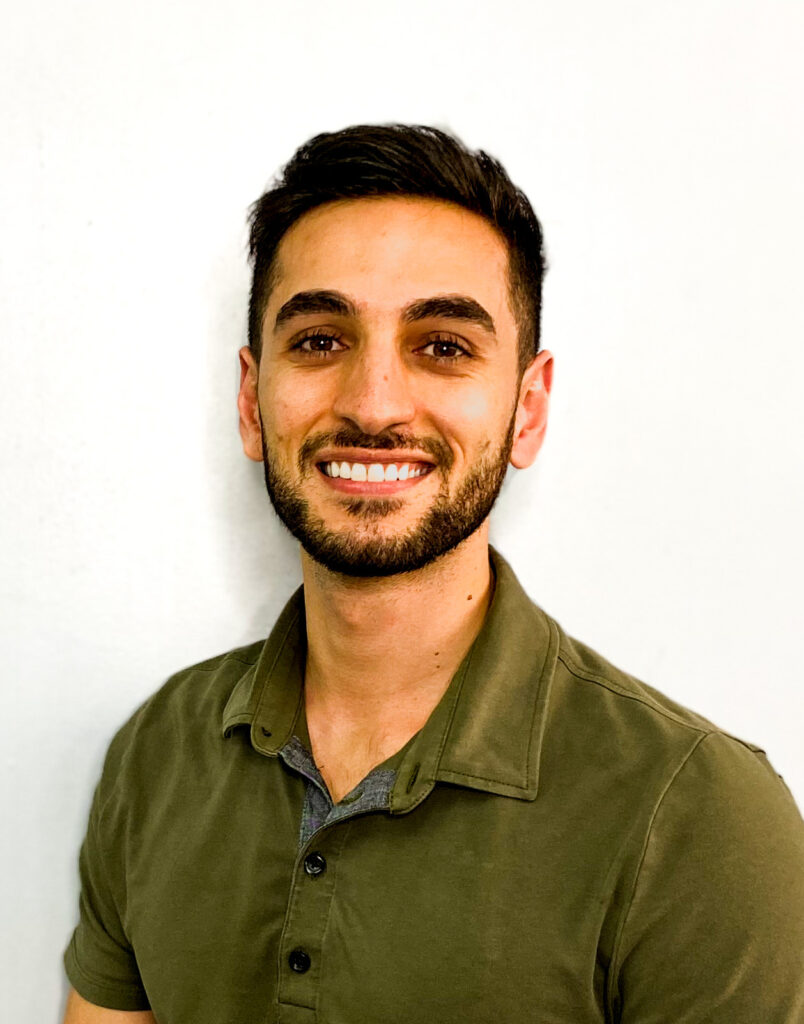 Matthew Shihab grew up in Southern California in the heart of Orange County.  He began his collegiate career at the California State University of Long Beach, where he majored in Kinesiology – Exercise Science.  During his time at CSULB, Matthew worked on various research projects regarding optimal feedback cues to enhance the professional athletes biomechanics, effects of fatigue on foot arthrokinematics for track and field athletes, and assessing the validity and accuracy of various heart rate monitors amongst a diverse range of collegiate athletes.  Additionally, he is a professional musician specialized in classical and flamenco guitar with a new found passion in classical and jazz piano.  During his free time, Matthew enjoys writing his own music and you may find him performing at local open mic nights within the Newport and Costa Mesa area.
During his years at CSULB, Matthew was on track of becoming a sports med student, but his career path changed when his grandmother suffered a broken hip due to a fall.  After taking her to a physical therapist for 2 months, he fell in love with the level of compassion, care, and change a physical therapist could make in an individuals life.  As such, he changed his career path and set out to earn his doctorate in physical therapy.  He graduated amongst the top of his class at CSULB with the various honors – Magna cum laude, President’s and Dean’s list, and was inducted into the Golden Key and Phi Kappa Phi Honors Society.
He was later accepted into the number one physical therapy program in the nation at the University of Southern California (USC) and graduated in 2018.  During this time, his emphasis was in orthopedic rehabilitation of the athlete and post surgical patient and completed a majority of his rotations at sport/orthopedic rehabilitation clinics.  He utilizes a functional approach with his patients, breaking down movement mechanics into individualized components, addressing the necessary faults, and reconstructing the movement with advanced motor control and neuromuscular reeducation principles.  He believes that all patients require an individualized treatment plan, and places a strong emphasis on patient education.  In addition, he utilizes several manual therapy techniques including including joint manipulations, mobilizations, proprioceptive neuromuscular facilitation, instruments assisted techniques, neurodynamic techniques, and much more.
Copyright ©2021 all rights reserved